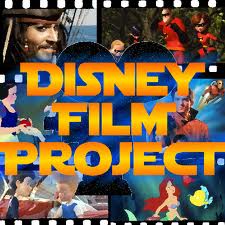 There is a common thread amongst the people I’ve interviewed who are pursuing Disney; they tend to be involved with other Disney pursuits as well. Such is the case for Todd Perlmutter, co-host of the Disney Film Project Podcast along with wife, and Briana and Ryan who both are contributing bloggers here at the DDL. Each week they take a different Disney movie, watch it, and record a show about it, and tell secrets and background about it as well.

“It’s a lot of fun to do and very important to give back to the Disney community” says Todd. “I’m also a blogger and occasional developer for TouringPlans.com. Writing is something I really love to do, and writing about Disney makes it that much better.  I also help keep the plumbing going at The Disney Driven Life as their resident tech guy.  My official title there is Chief Technical Officer, but I’m a lot friendlier than that makes me sound.”

Todd’s love of Disney proves the apple doesn’t fall far from the tree. “Disney has been a part of my life for as long as I can remember.  My grandparents loved it, my parents loved it, and, naturally, I love it too. What I love about Disney is the feeling that it gives me.  I’m not just talking about the movies, or the theme parks, television. I’m talking about that message that Sammy Davis Jr. is trying to get across in the song “I’ve Gotta Be Me”.  When I’m at a Disney Park, or watching a Disney Movie, or Podcasting, or working on a Disney related website, etc. I am me, and I am free. It’s just that simple.”

Todd is a self professed perfectionist, so sometimes that offers challenges when he’s busy creating some Disney magic. “It’s often hard to remember that sometimes things just need to be, rather than be perfect. Reviewing podcast episodes has really been a key factor here. At first I was extremely picky. Now I’m trying to be more lax and let the episodes speak more for themselves.”

A magical moment came together for Todd and wife on a trip to Disney.

“During our first DVC trip we stayed in the Boardwalk Villas for 13 nights.  It was totally amazing.  We had 3 different waves of family and friends visit and stay with us, and it was just the magical trip that I wish all others could be.   Everything just felt so right and relaxed about it, and I look back on it so fondly.”

All the podcast efforts have also provided some wonderful experiences. “Sometimes you just have these magically fun moments where even though you’re reviewing the worst of movies, it doesn’t matter because how the four hosts all mesh together on the topic is truly amazing. The first episode like this was on the Beverly Hills Chihuahua movies, we all just didn’t really like these movies, and our emotions about them were strong, but we kept going with it anyway, and the episode is fantastic – even though the movies are not.”

Todd’s dream outcome of his efforts is very unique and sounds like a blast.

“What I want is to take over one of those movie nights during a WDW meet up and do an outdoor live version of the podcast while we watch a movie on one of those blow up screens with our friends and fans.  It’d be amazing if we could ever manage this.”

To keep up with this busy Disney enthusiast you can go to The Disney Film Project, TouringPlans.com, Twitter, Facebook