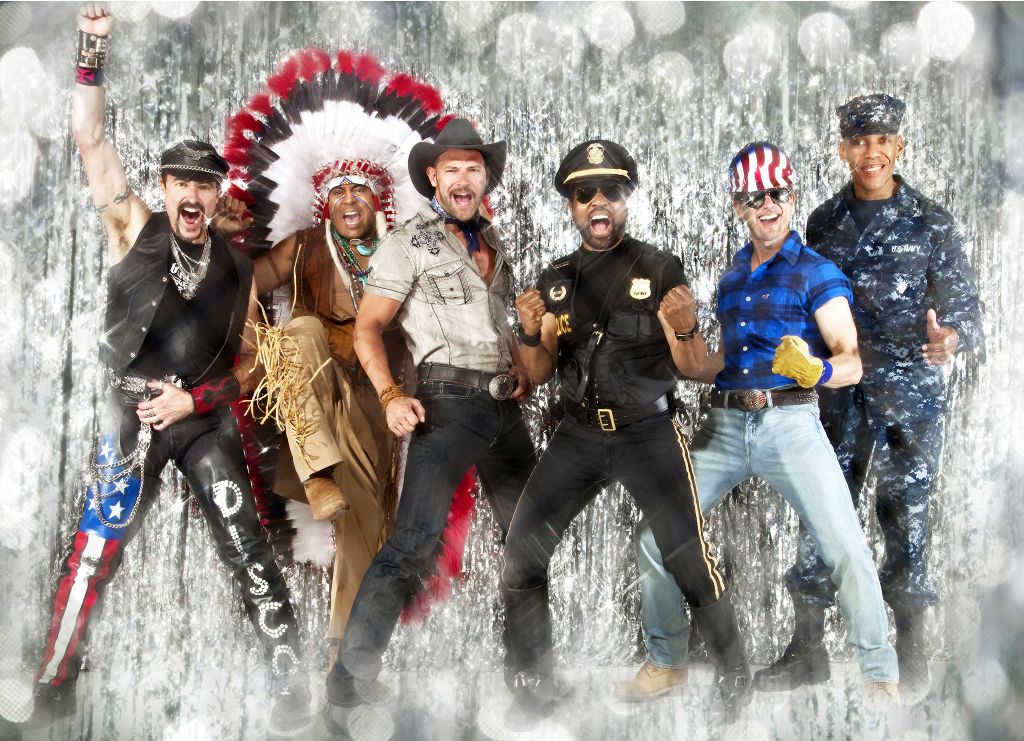 Springtime is almost here – and that can only mean one thing…

The Village People. How can you resist doing the “Y.M.C.A” in Epcot?

This is one of my favorite times to visit Epcot. I love the beautiful flowers that gracefully adorn the park, the character topiaries that bring ordinary bushes to life, and most of all, I *really* love the concert series. In previous years, it was known as the “Flower Power” concert series and included fabulous acts that were popular in, well, the “Flower Power” days (think early ’60’s & ’70’s). Groovy garden happenings went on every weekend with acts like Paul Revere & the Raiders, Chubby Checker, Davy Jones(before his death in 2012) and Herman’s Hermits. The concerts were a great ending to a fabulous day, something I really enjoyed and looked forward to every year.

I do not consider myself a foodie, which is probably why you do not see a lot of Disney food posted here (if you are a foodie and interested in contributing, let me know!), but I do consider myself a “concert junkie.” I love my music! There are many videos from both concert series on my personal YouTube channel.

As I saw the press release for the concert series, I was excited to see who was returning when, and what new acts were available. I sat down to fill my calendar and prepare that release into a post for you to read, I realized….. they are almost ALL new acts. Ok, deep breath, I can handle that. The usual acts have been around for a while, and change can be good. I have been called a conservative traditionalist when it comes to Disney and change. And then, I realized the biggest change of all….

Before you think I am forever old or completely antiquated, I loved that name. It was cute. But then again, I am a girl. So, please, just humor me as I mourn this.

I am excited, though, for the line-up they do have! Not all of the acts were removed from previous years. The Guess Who returns, and Herman’s Hermits starring Peter Noone will close out the festival this year. Acts from the “Eat to the Beat” concert series during Food & Wine Festival, such as Gin Blossoms, Taylor Dayne and Jon Secada, have been brought to Flower & Garden. This does give me pause to wonder what changes may happen to “Eat to the Beat” this year. If this can be considered a prayer to the Disney powers that be…PLEASE leave Night Ranger in the line up for Fall.

As a self proclaimed junkie, I highly recommend you try to see the following acts: ALL OF THEM. Seriously. These are all great acts that I am looking forward to dancing in the aisles to (or back by the fountain in front of The American Adventure). You just can’t go wrong with great weather, beautiful surroundings and great music! If you are local and not limited on when you can attend, see them all! Don’t forget about the new Discover Disney ticket offer if you need tickets. If you like rock, be sure to see Starship and The Orchestra starring former members of ELO. I even met Parthenon Huxley from ELO – such a nice guy! Total fan girl moment.

Here is the press release with the acts and dates. Who will you be going to see? Share it with me – I love talking about music! Be sure to see last week’s article about the festival and what’s new!

Guests can dance each festival weekend to classic tunes at the park’s America Gardens Theatre. An eclectic mix of festival fan favorites includes the Village People, who debuted at the festival in 2013 and, with a nod to the 1960s, Herman’s Hermits starring Peter Noone will rock the house May 15-17.

Performances are at America Gardens Theatre at 5:30, 6:45 and 8:00 p.m. every Friday, Saturday and Sunday of the Epcot International Flower & Garden Festival and are included with Epcot admission. Here is this year’s lineup (subject to change without notice):

New Adventures in Store For Walt Disney World in 2015!