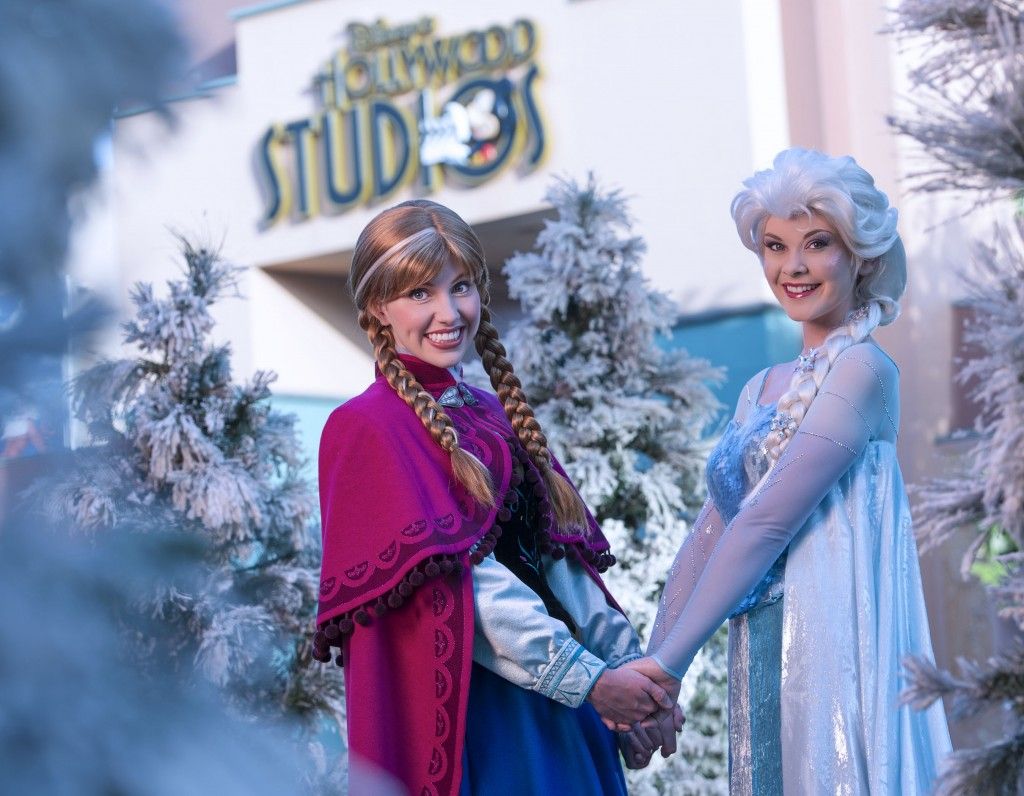 It’s just the perfect time to start planning your Disney summer vacation. And what better way to celebrate than by having the “Coolest Summer Ever!” Join Disney Parks as Frozen Fun makes a comeback this summer! Here is the official press release:

Whether guests are seeking cool thrills on attractions such as Seven Dwarfs Mine Train at Magic Kingdom, Soarin’ at Epcot or Expedition Everest at Disney’s Animal Kingdom, visiting their favorite “Frozen” pals at Disney’s Hollywood Studios, shopping at Downtown Disney or splashing around at Disney’s Water Parks – there are endless ways to have a ‘cool’ time.

The Coolest Summer Ever ramps up starting May 15 when cool stars from another galaxy invade Disney’s Hollywood Studios during Star Wars Weekends. Guests can experience special shows, presentations and dining options, as well as encounter Star Wars celebrities and characters for photo ops and autograph signings. The event runs each Friday to Sunday May 15 – June 14 and is included with Disney’s Hollywood Studios park admission.

The Coolest Summer Ever features a special event when Magic Kingdom Park will be open for 24 hours of nonstop fun May 22-23, Memorial Day Weekend, the official start of summer.

Things get chilly when “Frozen” Summer Fun LIVE starts June 17 and continues daily through Sept. 7 at Disney’s Hollywood Studios. Guest favorites Anna, Elsa, Kristoff and Olaf are welcomed to Hollywoodland twice each day as they take part in the Frozen Royal Welcome, a festive cavalcade throughout Disney’s Hollywood Studios, accompanied by the Royal Arendelle Flag Corps and a flurry of skaters, skiers and ice cutters.

During the cavalcade, Anna leads the procession in an elaborate horse-drawn sleigh, with Elsa gliding by on a stunning, ice palace float. The entire procession pauses twice along the route in tribute to these visitors from Arendelle, as guests in Hollywoodland are invited to join in singing “Let It Go!”

Just in time for “Frozen” Summer Fun LIVE, the popular show, For the First Time in Forever: A “Frozen” Sing-Along Celebration, moves into the beautiful Hyperion Theater (formerly Superstar Television Theater), located right in the heart of Disney’s Hollywood Studios. The Royal Historians of Arendelle host this fun and comedic retelling of the unique story of their kingdom, filled with delightful, sing-along moments from “Frozen,” plus all-new in-theater effects and special appearances by Anna, Elsa and Kristoff.

But that’s not all that’s in store for guests visiting “Frozen” Summer Fun LIVE.

The fun centers around the Event Stage throughout the day, with Olaf’s Summer Cool Down — where Olaf keeps things cool several times each day by sharing a burst from his personal snow cloud.

Then once the sun goes down, DJ Chill and some favorite Disney Characters take to the stage to host the “Coolest Summer Ever” Dance Party.

As the night comes to a close, Anna, Elsa, Kristoff and Olaf come together at the Event Stage for a grand finale to the day’s festivities, kicking off an awe-inspiring “Frozen” Fireworks display set to the music of “Frozen” and, of course, a flurry of snow!

Guests can find hot summer fashion trends and cool new waterfront dining at Downtown Disney. With new retail stores such as Sanuk, APEX by Sunglass Hut, Havaianas, Erin McKenna Bakery NYC and more, as well as new dining experiences such as The BOATHOUSE (opening in April) and Morimoto Asia (opening in fall). Downtown Disney is currently undergoing the largest expansion in its history, to be renamed and re-imagined as Disney Springs, an exciting new waterfront district for shopping, dining and entertainment. Disney Springs will be fully completed in 2016.

Sunny ‘ski’ slopes and palm tree-lined lazy rivers await guests at Disney’s Water Parks – Blizzard Beach and Typhoon Lagoon. Guests can dive into fun at tropical Typhoon Lagoon’s Shark Reef to snorkel among real sea life, or take a thrilling plunge down on Summit Plummet at Blizzard Beach. And a cool new deal doubles the fun at Typhoon Lagoon and Blizzard Beach. When guests purchase a one-day water park ticket, they can park-hop between the two water parks in the same day that both are open.

When they’re not visiting Hollywoodland, Anna & Elsa from “Frozen” meet and greet with guests daily at Princess Fairytale Hall in Magic Kingdom. The royal sisters also appear during the daily Disney Festival of Fantasy Parade, and guests can enjoy visuals from “Frozen” during the “Celebrate the Magic” projection show that transforms Cinderella Castle each evening.

Epcot guests can enjoy new entertainment acts throughout Epcot World Showcase, including a fresh summery twist on popular American songs by a cappella group Voices of Liberty, who perform twice per week on the American Gardens Theatre stage. There’s also choreographed flag-throwing at the Italy pavilion, acoustic performances by Paul McKenna Band in the United Kingdom pavilion, the Canadian Lumberjacks friendly competition at the Canada pavilion and a Berber music and dance troupe at the Morocco pavilion.