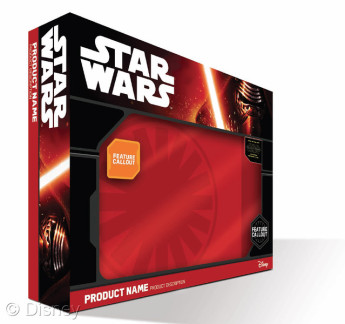 Stores around the globe prepare to open their doors at 12:01am for Midnight Madness

Glendale, Calif.  —‘Force Friday‘ was announced on StarWars.com, which will be a global event for fans of all ages to celebrate the launch of merchandise inspired by the highly anticipated film, Star Wars: The Force Awakens. Toys, collectibles, books, apparel and more will hit shelves on September 4, 2015 at 12:01 a.m. with stores around the world opening their doors for a unique celebration of all things Star Wars.

“Every lightsaber, every action figure, every LEGO set tells a story for generations of Star Warsfans, and this global event is a celebration of those stories. We’re excited to be part of the countdown to this enormous movie moment,” said Josh Silverman, executive vice president, global licensing, Disney Consumer Products.

Fans wanting to be the first to get their hands on Star Wars: The Force Awakens merchandise will be able to visit their local retailer starting at midnight on September 4 and are encouraged to document their experience on social media, using the hashtags: #ForceFriday #MidnightMadness. A wide-range of coveted products – from toys and collectibles, to books and comics, ebooks and apps, to apparel and lifestyle accessories, – will be available at mass retailers and Disney Store locations worldwide, as well as on DisneyStore.com.

Also revealed for the first time today is new Star Wars: The Force Awakens packaging, which highlights the much buzzed about masked villain of the film, Kylo Ren. The ominous shadowy figure and the red lightsaber he wields will be featured on Star Wars product packaging beginning September 4, 2015.

“May the Fourth Be With You” Celebration at Disney Stores!