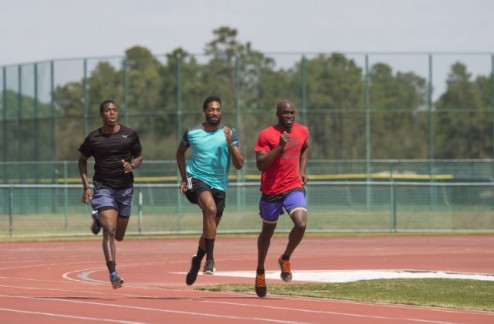 This past spring, several world-class sprinters from the United States, Jamaica, Belgium and Great Britain trained at ESPN Wide World of Sports Complex at Walt Disney World Resort alongside the very competitors they are now set to face at the Olympic Games in Rio de Janeiro.

Two-time gold medalist LaShawn Merritt (USA) and Andrew Riley (Jamaica) regularly train at the Disney sports complex under 2010 USA Coach of the Year Brooks Johnson. Merritt will compete in the men’s 200-meter, 400-meter and 4×400-meter relay in Rio, while Riley, in his first Olympic appearance, will try to earn a spot on the podium in the men’s 110-meter high hurdles.

The sprinting track and field events get underway Friday, Aug. 12.

Why I Do NOT runDisney (or, How Am I Signed Up For TWO 5ks?) – The Neurotic Tales