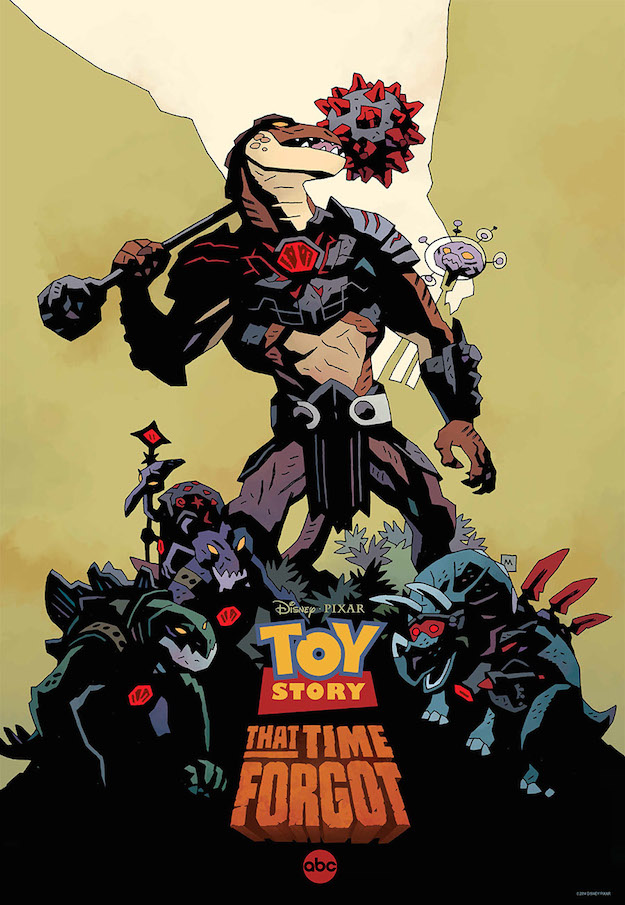 Pixar Animation Studios presents “Toy Story That Time Forgot,” featuring your favorite characters from the “Toy Story” films, airing THURSDAY, DECEMBER 8 (8:00-8:30 p.m. EST), on the ABC Television Network. During a post-Christmas play date, the “Toy Story” gang find themselves in uncharted territory when the coolest set of action figures ever turn out to be dangerously delusional. It’s all up to Trixie, the triceratops, if the gang hopes to return to Bonnie’s room in this “Toy Story That Time Forgot.”

“Toy Story That Time Forgot” was produced by Galyn Susman and directed by Steve Purcell. The special is from Pixar Animation Studios.

“‘Twas the night before Christmas

And not a swamp rat did creep

As mother and babe played kazoo in their sleep…”

From “Shrek the Halls”

ABC, home of the beloved Christmas classics “A Charlie Brown Christmas,” “How the Grinch Stole Christmas” and others that have delighted generations, once again offers an instant classic to its holiday repertoire — DreamWorks Animation’s “Shrek the Halls,” a half-hour of entertainment starring America’s favorite ogre and his friends, featuring the voices of Mike Myers, Eddie Murphy, Cameron Diaz and Antonio Banderas. “Shrek the Halls” airs THURSDAY, DECEMBER 8 (8:30-9:00 p.m. EST), on the ABC Television Network. (Rebroadcast. OAD 11/28/07)

Just when Shrek thought he could finally sit back, relax and enjoy his happily ever after with his new family, the most joyous of all holidays arrives. It’s Christmas Eve, and everyone is filled with holiday cheer — except for Shrek. He isn’t exactly the picture of yuletide joy, but for the sake of Fiona and the kids, he tries to get into the spirit of things as only an ogre can. Unfortunately, everyone seems to have their own ideas about what Christmas is all about, so when Donkey, Puss In Boots, Gingerbread Man and the whole gang try to join in on the fun, Shrek’s plans for a cozy family celebration end up spiraling into one truly unforgettable Christmas.

Who Wants To Be A Millionaire – Throwback Thursday