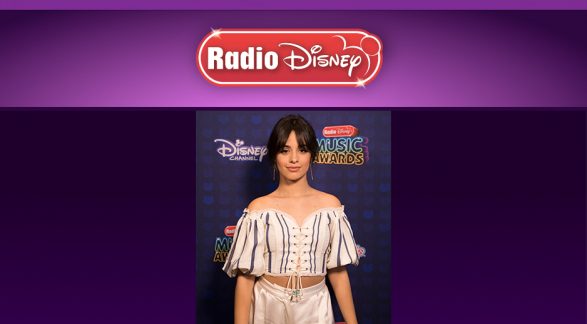 Multiplatinum award-winning singer and songwriter Camila Cabello has been named Radio Disney’s “NBT” (Next Big Thing) – a multiplatform program that spotlights rising artists and showcases their journey as they pursue their musical dreams. Beginning in August, Cabello’s journey as a solo singer/songwriter will be featured in a series of “NBT” videos on Disney Channel and across multiple Radio Disney platforms.

The announcement follows the kick-off to Cabello’s run on Bruno Mars’ sold-out “24K Magic World Tour,” where she joined him as the opening act on North American destinations. Cabello released her solo debut single, “Crying in the Club,” earlier this summer, which is on the Billboard Top 100 and has reached Top 10 status on the Radio Disney Top 30.

Cabello was a presenter at the 2017 Radio Disney Music Awards (RDMA) and took home the ARDY for “Mashup! – Best Collaboration” for “Bad Things” with MGK. A multiple RDMA honoree, Cabello has back-to-back wins for “You Know You Love Them – Best Music Group” and “So Fantastic – Biggest Fans” during her time with pop musical group Fifth Harmony.