TV Shows can be Great Books – The NDK Review 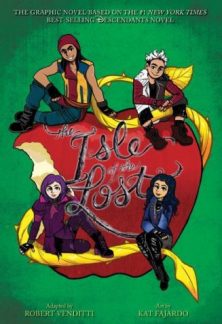 Hi! I am the Neurotic Disney Kid - sharing my expert kid-opinion all about everything Disney! My favorite attraction is The Enchanted Tiki Room and my favorite park is Magic Kingdom. I love to read and take pictures!

TV shows can great spin-off books. Check out these two fun books based on Disney shows from Disney Publishing!

Hi guys!  I’m back with another book review and this time it’s DuckTales: Solving Mysteries And Rewriting History! Fact-Checked By Huey, Dewey, Louie, And Webby.  DuckTales Solving Mysteries And Rewriting History is based on Scrooge McDuck’s autobiography, but the kids quickly find it and add their own notes and advice. They also tell you how Scrooge is lying in some parts of the book about their adventures! This book is very funny but also is very informative about some of the episodes!

This book explains a lot about the TV show that I did not know. Did you know that Scrooge was a secret agent? My favorite part of the book was chapter 9, That Time When I Stole Back My Treasure From The Sky Pirates. This chapter includes lots of pirate jokes and even a pirate song. I laughed a lot reading this chapter.

I recommend this book to DuckTales fans young and old, whether you watched the old series or the new series, even possibly both!

No one seems to be a having a good day, except for Mal and Jay. Evie has now started school and does not have a good first day. One minute, she’s not invited to Mal’s party and the second Mal acts like Evie is her BFF and invites her to the party. Something sounds fishy! Carlos DeVil is not having a good day because Mal convinced him to let her host her party at his house! After a cruel trick that Mal plays on Evie, Evie finds herself in Carlos’s bedroom, which is also his mom’s fur coat room. Carlos accidentally punctures a hole in the magical dome that surrounds the isle with a device he has been working on. The very same night, Maleficent’s scepter, the Dragon’s Eye, and her crow Diablo are awakened! This is not good. Maleficent sends Mal to go retrieve her scepter, but there’s a catch, whoever touches the scepter falls asleep for 1,000 years!  Will Mal let Evie touch the scepter and fall asleep for 1,000 years? Will Mal prove herself worthy to her mother? Will Mal befriend Evie? Read the book to find out!

I liked The Isle Of The Lost: The Graphic Novel. This graphic novel is like the regular book, but better. I enjoyed seeing the author’s words transform into illustrations. I was confused why Mal did not like Evie, and I think the illustrations helped me to understand why Mal didn’t like Evie. There is more information in this version of the story.

This book is a great reminder that you should never be judgemental. You could end great friendships before they even start! I also learned that anything you could do by yourself, you could do better with friends. Teamwork is key.

I recommend The Isle Of The Lost: The Graphic Novel to kids that love Descendants but also to kids who love adventures!

I’m NDK, and this is my review!

Fa-La-La-Lidays are Back on Disney Channel