HOW I BECAME A PIRATE Makes Landfall at Orlando REP 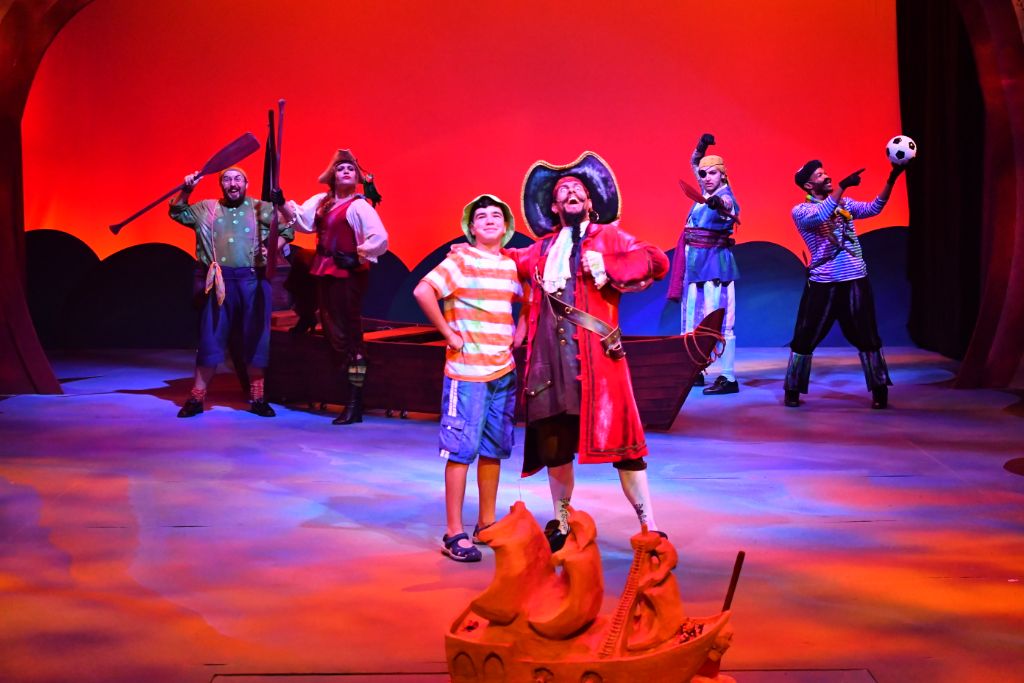 Orlando Repertory Theatre (Orlando REP) announces the opening of the fun and fantastical How I Became a Pirate, with public performances Saturday, October 5 through Sunday, November 10. How I Became A Pirate is based upon the book written by Melinda Long and illustrated by David Shannon, with book, music, and lyrics by Janet Yates Vogt and Mark Friedman. Orlando REP’s production is generously presented by Arnold Palmer Hospital For Children and funded in part by Orange County Government through the Arts & Cultural Affairs Program. For tickets or more information, call 407.896.7365 or visit orlandorep.com.

A treasure-sized, swashbuckling adventure awaits you and your own buccaneers! Sail off on a fantastic excursion with a band of comical pirates looking for an expert digger to join their crew. Captain Braid Beard and his mates enlist young Jeremy Jacob, as they try to find the perfect spot to bury their treasure. With central themes of imagination, adventure, family, and finding your way back home, this production will meaningfully entertain pirates of all ages. Before every performance, audiences are treated to an interactive beach ball toss and dance party!

All performances on October 26 – 27 will feature a pre-show onstage costume parade for audience members, as well as a Pirate Dance Party, and Jack-O-Lantern toss. Wear your own Halloween costumes or dress as your favorite pirate, and you can participate in our Halloween parade!

Doug Ingersoll and the Legacy of Aunt Dorothy