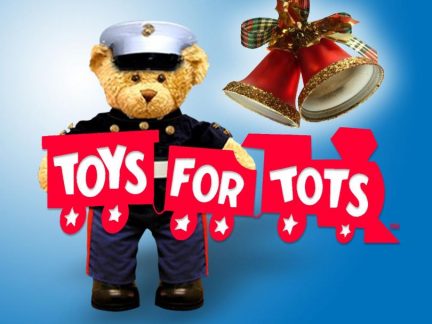 Disney Media Networks is participating in the World’s Ultimate Toy Drive campaign to benefit the U.S. Marine Corps Reserve’s Toys for Tots Program and help bring joy to less fortunate children throughout the U.S. this holiday season. The campaign runs through Dec. 15, 2019, with various activations from across the company to inspire kids and families to join in the season of giving by giving back to those who need it most.

As part of the campaign, Tamron Hall, host of the nationally syndicated talk show “Tamron Hall,” presented a $300,000 donation from The Walt Disney Company to Toys for Tots on Veterans Day, Nov. 11, 2019.

Everyone is invited to contribute to the World’s Ultimate Toy Drive by donating new, unwrapped toys at Disney stores, shopDisney.com and at select events across the nation this holiday season.

As part of the campaign, produced content from across Disney’s media networks, including ABC’s “The Goldbergs,” “The Conners” and “Fresh Off the Boat,” ABC and Disney Channel’s holiday special “The Wonderful World of Disney: Magical Holiday Celebration,” and Freeform’s “Wrap Battle,” will feature storyline integrations that highlight the season of giving and supporting all families in need.

The Walt Disney Company has proudly supported the U.S. Marine Corps Reserve’s Toys for Tots Program for over 70 years, dating back to 1947 when Walt Disney and his animators designed the original Toys for Tots train logo that is still used today. Disney is pleased to continue this tradition with the World’s Ultimate Toy Drive.

“Into The Woods” – New Disney Movie In Theaters December 25th