The Croods: A New Age – Review 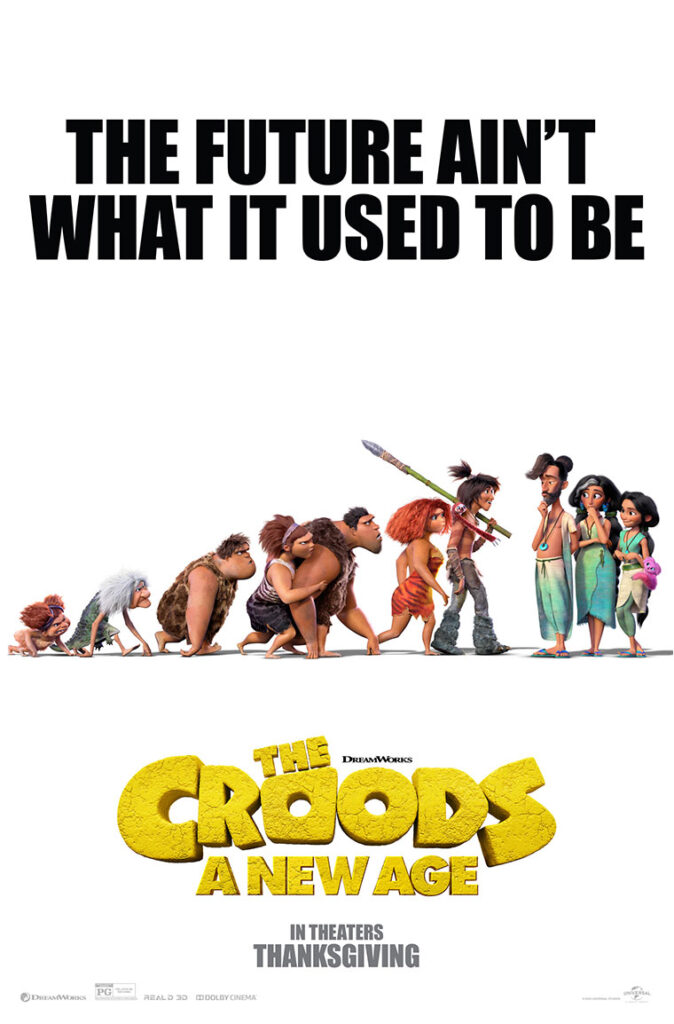 Can you believe it has been 7 years since we were introduced to The Croods? When I first posted the trailer back in September, my family was so excited! We enjoyed the first film, laughing at how similar our families were, despite the differences. The Croods may not be “with the times” but they sure prove one thing – the pack stays with the pack – and nothing can change that. Family is family. And that is everything we need in a movie right now.

Let’s talk about this new film, in theaters on Thanksgiving, spoiler-free of course!

About The Croods: A New Age

The Croods have survived their fair share of dangers and disasters, from fanged prehistoric beasts to surviving the end of the world, but now they will face their biggest challenge of all: another family

The Croods have had their share of adventure, but nothing prepares them for meeting a new family – the Bettermans, with the emphasis on Better. New adventures, new characters – what else could you ask for?

Oh my goodness – The Croods: A New Age is full of exceptionally stunning visuals! The colors made me so happy! For a moment it felt like watching Trolls, but not as boppy as Poppy. DreamWorks Animation is known for its more than lifelike CGI, and they did not disappoint this time. The scenery is powerful.

What My Family Thought

The Croods: A New Age was exactly what we expected it to be. A funny story, relevant to today, but with a prehistoric twist. There were many laughs, and even a few surprises that we did not expect (no spoilers here, but you’ll know when you see them). We also enjoyed how the film explored each character, giving you the ability to identify with them. We also get the opportunity to know Guy’s backstory.

There are a few cheesy scenes, but I feel that should be expected. The placement of the music used in The Croods: A New Age is worthy of a nod. And the new song at the end(Thunder Sisters) will be an ear worm for a little bit.

You know I love movies with great takeaways – and this one was no different. “The Pack stays together.” Family is important – and that is not just who you are related to. Everyone in your “pack” is important. But growth is important, too. Learning to let go is just as important as keeping the pack together.

Safe for the Family?

Overall, yes. But here is what I have to say on that…

Is this a must-see?

The Croods: A New Age will be in theaters on Thanksgiving. An on-demand/streaming release date has not been announced yet, but I am sure it will be soon. While I do highly suggest that your family should see this movie, I do not think it is worth the rush to the theater if you do not feel comfortable.

Other news about The Croods: A New Age

How to Train Your Dragon 3: Closure for an Excellent Trilogy – Review

Abominable – What A Beautiful Movie

One thought on “The Croods: A New Age – Review”