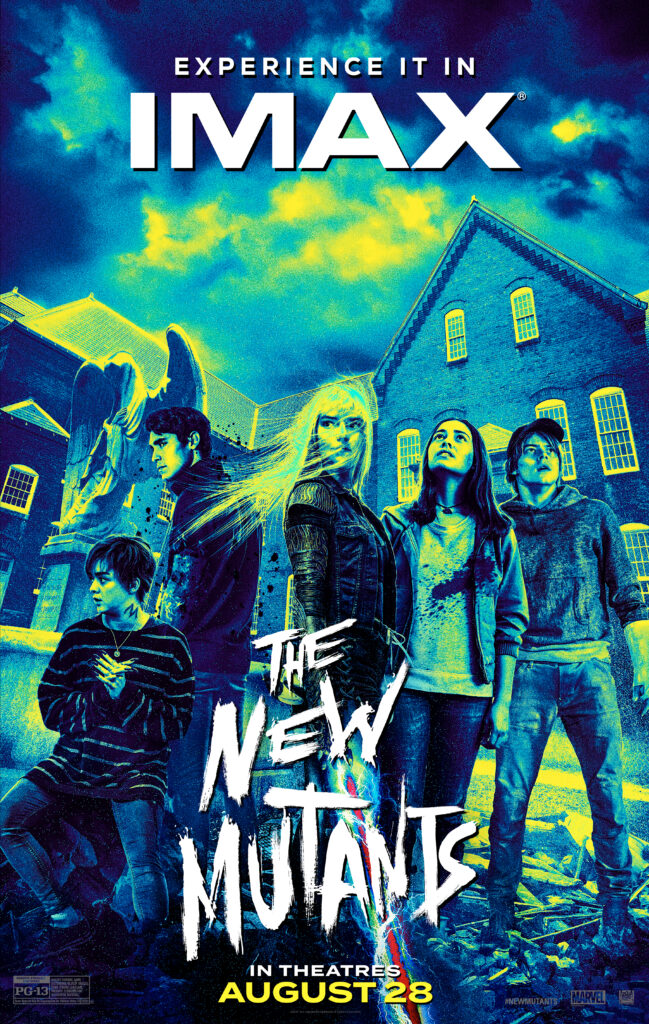 Exclusive new artwork from Twentieth Century Studios’ original horror thriller “The New Mutants” is now available. The film will be opening in cinemas and IMAX theaters nationwide on August 28. Check it out and be sure to check the film out when it hits theaters!

The IMAX release of “The New Mutants” will be digitally re-mastered into the image and sound quality The IMAX Experience® with proprietary IMAX DMR® (Digital Re-mastering) technology. The crystal-clear images, coupled with IMAX’s customized theatre geometry and powerful digital audio, create a unique environment that will make audiences feel as if they are in the movie.

Twentieth Century Studios in association with Marvel Entertainment presents “The New Mutants,” an original horror thriller set in an isolated hospital where a group of young mutants is being held for psychiatric monitoring. When strange occurrences begin to take place, both their new mutant abilities and their friendships will be tested as they battle to try and make it out alive. Directed by Josh Boone (“The Fault in our Stars”) and written by Josh Boone & Knate Lee, “The New Mutants” stars: Maisie Williams (“Game of Thrones”); Anya Taylor-Joy (“Glass”); Charlie Heaton (“Stranger Things”); Alice Braga (“Predators”); Blu Hunt (“The Originals”); and Henry Zaga (“13 Reasons Why”). The film is produced by Simon Kinberg, p.g.a., Karen Rosenfelt and Lauren Shuler Donner with Stan Lee and Michele Imperato Stabile serving as executive producers.

Bring Home “Lady and the Tramp” This February